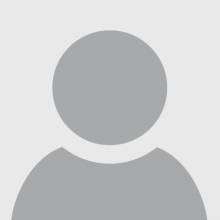 Contact prof. Molla by email to schedule an appointment.

Gianluca Molla graduated from the University of Milan (Italy) and received his doctorate in Evolutionary and Developmental Biology at the same university in 1999. After a period at the University of Konstanz (Germany), Gianluca Molla undertook the research career at the biochemistry laboratory of the University of Insubria as a Researcher (2002) and associate professor in 2016 (BIO/10). From 2019 he is President of the Degree Course in Molecular and Industrial Biotechnology.

During his professional career, Gianluca Molla has been interested in the study of the structure/function relationships in enzymatic proteins using classical biochemistry, enzymology (rapid kinetics) and computational (molecular dynamics and molecular docking) approaches. The proteins studied are of biomedical interest (involved in human pathologies) and biocatalytic (production of molecules of biotechnological interest). Recently Gianluca Molla is interested in enzymes able to eliminate plastic polymers from the environment.

Gianluca Molla has been involved in organizing several national and international conferences and is a member of the Italian Society of Biochemistry and Molecular Biology and of the Teaching Board of the Doctoral School in Biotechnology, Biosciences and Surgical Technologies (University of Insubria, Varese).

Gianluca Molla has participated in 11 projects (9 as "principal investigator") of various agencies (MIUR, Lombardy Region, Cariplo Foundation, etc.). He has also been a consultant for several biotechnology companies: ACS DOBFAR, Antibioticos, Farmaopera, Ingenza, UK. Furthermore, he was the holder of 4 research contracts (2017-2018).

Prof. Molla is the author of more than 75 publications in major international journals in the fields of biochemistry, molecular and structural biology and biotechnology. Overall H-index equal to 29 (2259 total citations, source: Web of Science, January 2019). Considering the last 10 years (2008-2017), the H-index is equal to 16, a value that is positioned in the top 15% of the publications of associate professors belonging to the BIO / 10 Disciplinary Scientific Sector.

Gianluca Molla is the author of 1 patent and more than 150 communications at national and international conferences.

Gianluca Molla has participated in more than 25 conferences, with 15 oral presentations (of which 9 as invited speaker).